What Happens if You Fail an Actuarial Exam? 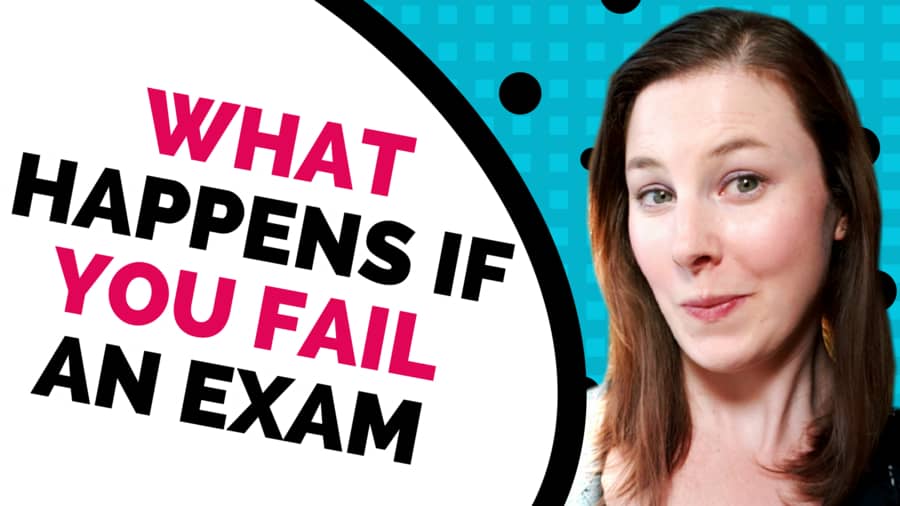 Actuarial exams are tough.  So you’re bound to fail some of them on your journey to becoming an actuary.  So, in this post I’m going to go into detail about what really happens when you fail an exam and how you can avoid having it happen again.

I’ve got the answers for you.

Here’s what happens when you fail

Fortunately, failing an actuarial exam isn’t really that big of a deal.  Everyone in the industry knows their tough.  In fact, anyone that’s already passed a few exams probably failed some themselves.  It’s normal.

When you fail, it’s not public knowledge so no one really knows that it happened unless you tell them.  It’s kept safe from employers, your school, your colleagues and it won’t show on your official actuarial transcript.

When you pass an exam, that’s when it becomes public knowledge.  If you Google “actuarial exam results” you’ll see lists of everyone that has passed exams recently.  It’s available to everyone.

So, that’s probably a relief, right?

However, some employers may ask you during an interview if you’ve failed any exams.  They may potentially even ask you for your transcript that includes fails (there is a transcript that only shows passes, and another that shows each exam attempt).  But most employers won’t care that you’ve failed exams.  Just be honest with them and explain briefly what happened if they ask.

How to pass next time

Like I said above, and you probably already know, you can write actuarial exams an unlimited number of times until you pass.  But, if you’re like most people, you probably want to get each one out of the way as quickly as possible.

This post goes into detail about how to pass Exam P, but it applies just as well to Exam FM.  That would be the best place to go if you want to try to pass the exam yourself.

If you’d like some support and guidance along the way, you should join the Study Strategy Program.  In that program, you’ll learn step-by-step how to fully prepare for your exam so that you give yourself the absolute best chance of passing the next time.