← Do actuaries work from home? CAS vs. SOA. What’s the difference? Which path to choose? → 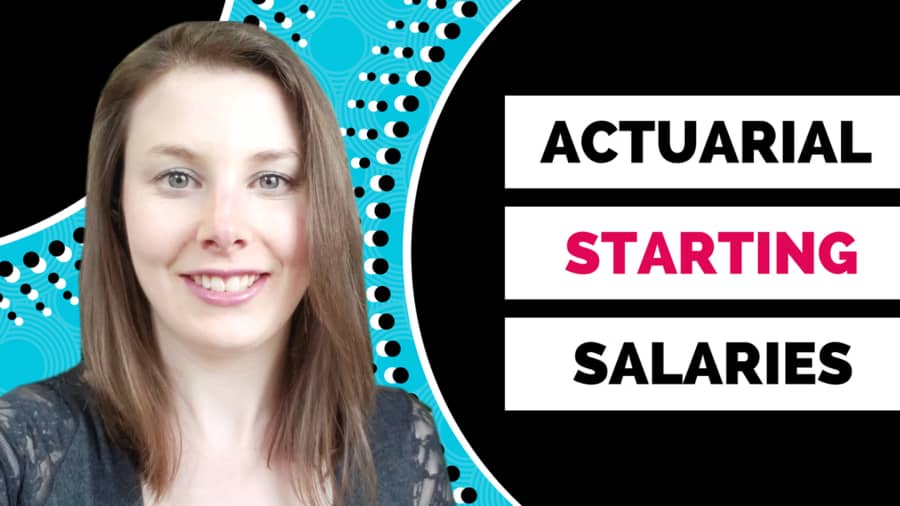 You’ve studied hard. Passed two exams. And now it’s time to search for an entry-level job (or it will be soon). How much should you expect to make?

Here’s the quick answer: Your entry-level actuarial salary will depend on your geographical area, your past experience, and the industry that you go into (P&C, life, health, pension, etc.). If you’re in the U.S. you can expect to earn between $78 – 84K annually. In Canada, you’re very unlikely to get a job with just 2 exams.

But that’s really general. You probably want more specific answers, so I’ve broken it down below based on this DW Simpson salary survey for 2021.

P&C Insurance Actuary in the U.S.

According to the survey, property and casualty insurance actuaries are able to achieve the highest starting salary of any of the other 4 main industries.

Actuaries in P&C with 2 exams passed can expect to make around $84K per year.

Health Insurance Actuary in the U.S.

Actuaries that work in health insurance work with employee benefits plans, including drug and dental plans, as well as disability insurance and critical illness insurance. They’d likely develop tons of knowledge about the Affordable Care Act.

Compared to the other industries, a health insurance actuary is about middle-of-the-pack in terms of starting salary with 2 exams. They’d expect to average around $75K and $79K annually.

Life Insurance Actuary in the U.S.

Life insurance actuaries deal primarily with life insurance (obviously), but may also get experience with annuities. Annuities are ongoing monthly or annual payments that an insurance company pays to a policyholder. Usually they’re used to replace income after retirement.

But, life actuary salaries tend to have lots of outliers that make more. So you may be one of those talented few!

Pension Actuary in the U.S.

A pension actuary primarily works with employer pension plans to ensure that they are compliant with laws, and to determine how much the employer needs to contribute to the plan.

The pension industry is getting smaller for actuaries, so it may not be an area that you want to get into unless it’s the only option. A job in pensions is better than no actuarial job at all, but plan to try to switch over within a year or two to one of the other industries.

Pension actuary salaries are no longer broken down separately in the survey, but averaged with the life and health insurance industries, pension actuaries would earn approximately $79K annually. You can expect to be slightly below this average, as pensions actuaries have historically earned less per year than health and life insurance actuaries.

The survey doesn’t break down starting salaries by number of exams for Canadian actuaries. It does, however, provide average starting salaries (including bonus) by industry. Unfortunately, it doesn’t state whether these are in Canadian dollars or American. I would guess they’re Canadian.

In general though, you can expect to make less in Canada than in the U.S. I’ve heard anywhere from 10%-20% less.