by Brea | Education, Getting Started

If you’re good at math and you like it, then the actuarial science concepts and course work that you need to do isn’t extremely difficult.  You’d be able to grasp it given enough time.

What makes majoring in actuarial science so hard in my experience, is that you have so much course work and exams that it’s nearly impossible to keep up with it all.  This makes it really difficult to find the time to fully understand the concepts.

If you want more detail about my own experience, and some further insight into how difficult actuarial science is, keep reading or watch the video above.

Deciding to major in actuarial science is a big decision, isn’t it?

When I first found out about the career, I knew almost instantly that I wanted to do that!

I wanted a good paying, math-related career that would keep me challenged and busy. It was the dream career that I never knew about.  (Although, I was lucky to find out about it pretty early on in my life when I was just in grade 10 or 11).

Anyway, my actuarial journey started at the University of Waterloo in Canada.  It’s one of the most highly respected school in Canada for actuarial science.  But I really didn’t know what to expect going into it.

I can honestly say that I didn’t have much of an idea of what actuarial science was at the time, or what actuaries actually did.  But I knew it had math, and that’s all that really mattered. (Oh ya, and the pay!)

Now before getting into how difficult my time at university really was, it’s important to understand that I’m no math superstar.

Sure, I’m likely better than the average person and I understand it. But you don’t have to be a math wizard to be an actuary!

So having said that, actuarial science itself is not all THAT hard.  I’m not saying it’s easy. I’m just saying that the concepts can be learned and understood with some effort and guidance.

But surprisingly, I would not say my time in the actuarial science program was easy. It was no where close to easy. Actually it was probably the most stressful time in my whole life.

There was just sooooo much stuff to do.  I had 5 classes so that’s:

It felt impossible to keep up with everything. And that prevented me from actually being able to get a good grasp on many of the concepts.

Most likely, many of the courses you need to take to get a degree in actuarial science will be mandatory.  This will include courses in probability, calculus, statistics and finance.

Having a good professor will ultimately save you a ton of time, because you’ll learn a lot in class and won’t have to spend your own time learning the material.

You’ll likely be able to choose some elective classes too.  I typically decided to go with courses that I’d really enjoy and wouldn’t require too much of my time.  If you can, that’s a great way to save yourself some time too!

Is actuarial science right for you?

So if you’re thinking about going into actuarial science: 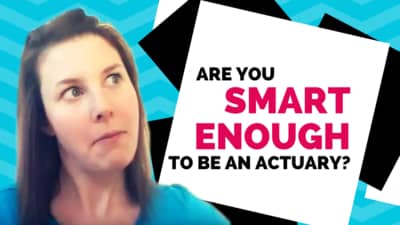 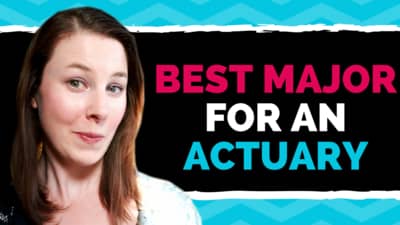 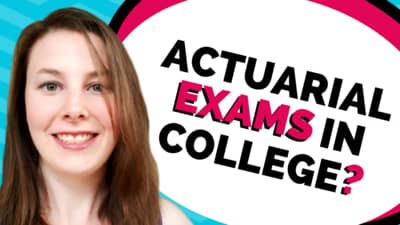