← Actuary Job Description (What you’ll really be asked to do) What is actuarial science? (Don’t major in it!) →

What is a valuation actuary? What do they do?

by Brea | Career Development, Getting Started

If you’ve ever considered becoming an actuary, you’ve probably heard the term “valuation actuary” before.

But, what is a valuation actuary?

That’s pretty high-level though. I actually used to be a group insurance valuation actuary (hence the video above) so I’ll go into tons of details for you here.

What does a valuation actuary do?

The primary role of a valuation actuary is to determine reserves for an insurance company.  But, there are several other things that may be included in the job description too.

The valuation area will often be responsible for creating the Source of Earnings (SOE) once reserves have been calculated.  This is a report that compares the assumptions used in the valuation model to what actually happened throughout the period.

In order to keep the valuation models accurate and up-to-date, the actuary will have to update assumptions used in the model appropriately.  This usually happens on an annual basis.

In order to get the most appropriate assumptions, the actuary will have to talk to people in other areas of the company or may have to do assumption studies.

This is a process that needs to be completed annually.  It involved determining what the company’s reserves would be in very adverse (bad) but feasible situations.  It is done by changing assumptions used in the valuation model so that they are much worse.

What are actuarial reserves?

Actuarial reserves are the amount of money that an insurance company saves in order to be able to pay for all the expenses and claims that it expects it will have to pay in the future.  This is only the amount in addition to any premiums that will be paid from the policy holder to the insurance company.

So, a reserve (which is kind of like a savings account) is set up for the policy.  This is where the company will save some of the premium payments that it receives in the early years so that it can use that money to pay claims and policy expenses in the later years.

The premiums are subtracted because the future premiums can be used to pay for some of the claims and expenses in the future too.

Where do valuation actuaries work?

Generally valuation actuaries work in insurance companies.  Reserves needs to be calculated for almost all types of insurance.  So, they’ll be involved in:

Typically they’ll work very closely with the corresponding pricing area, the finance department and the investments area of the company.

The pricing area of an insurance company is responsible for determining the premiums that will be charged.

When the actuary is calculating reserves, there is a lot of communication with the actuaries that are pricing the corresponding insurance products.  They’ll need to discuss things like the assumptions being used, the reserving methodology, and future projections.

Reserves are an important factor in pricing insurance products too because the premiums need to be high enough to adequately contribute to the reserve. 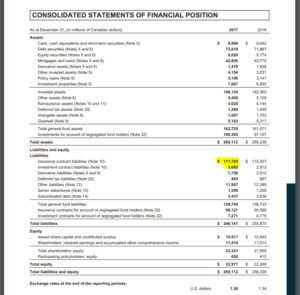 The finance department is responsible for pulling together the income statement and balance sheet (along with many other reports) for the insurance company.

Actuarial reserves make up a big portion of the balance sheet so there needs to be communication between the valuation actuaries and this department.  To the right, I’ve pulled a copy of Sunlife’s balance sheet for 2017 (from the consolidated financial statements here) to show you that they had millions of dollars in liabilities.  These are their reserves.

Note that these numbers are in millions, so they well over $1 billion dollars in reserves.

Furthermore, a large portion of an insurance company’s income reported on the income statement will be due to increases or decreases in the reserve.  When the reserve decreases the company doesn’t have to “keep as much money in their savings account” so they can report that excess money as income.

All of the money that the insurance company has in its reserves is actually invested into assets like bonds, stocks, mortgages, private placements, real estate, swaps and other derivatives.

The actuarial valuation process is the process of calculating reserves.  The calculations themselves are (not surprisingly) quite complex and require very sophisticated actuarial software to calculate.  One example of this software is GGY AXIS.

The valuation techniques are a little different depending on what country you live in and what kind of insurance you’re dealing with.  In Canada we use a principles-based valuation method called CALM (the Canadian Asset Liability Method) for life insurance.  In the U.S. a formula-based reserving method is used (they are moving towards principles-based though).

Reserves are very highly regulated so there are many rules that need to be adhered to in the calculation process.

So how are the reserves calculated?

I’ll talk specifically about the CALM approach used in Canada since that’s what I’m familiar with.  The general concepts will probably be fairly similar in other parts of the world but the specifics may change.

The valuation area will be responsible for loading the necessary data for policy holders and assets into the actuarial valuation software.

Next the software will project the expected claim payments and expenses that the insurance company will have to pay out for years and years into the future.  It will do this using the policy holder data that has been entered along with many assumptions that have been programmed into the valuation model.

Similarly, it will project all the coupon and dividend payments that we’d expect to get from our assets, along with lump sum face values that the company would receive upon maturity of each asset.

The assumptions that are programmed into the valuation model for assets are things like default rate and reinvestment rates.

Now for each year into the future, the valuation actuary will be able to see the net cash flow being paid by the company.  This will be all payments coming in from the assets less all the payments going out to pay expenses and claims.

For the CALM valuation approach, it is required that the last liability payment (expenses and claims) will be perfectly offset by a payment coming in from the assets.  This requires the actuarial software to do many iterations to determine exactly what percentage of the current asset portfolio that the insurance company needs in order to meet this requirement.

The approaches and type of work are quite different too.

A pricing actuary tends to be more project based.  Whenever the company is considering offering a new insurance product, the pricing area will be responsible for determining the feasibility of it, many of the assumptions that need to be used, and the final premiums.  But, once that project is done they probably won’t revisit it for several years.

Valuation actuaries tend to have more routine work tasks.  They tend do to the same things every year, quarter, and month due to the financial reporting periods.  It’s common for companies to require actuarial reserves to be calculated quarterly for example.

Fortunately, most insurance companies have a rotation program that allow you to move between these two different areas.  You may spend 2-3 years as a valuation actuary, and the move over to the pricing area.

It’s extremely beneficial to get experience in both areas.  It will help you understand insurance from two different angles and will make you much more valuable to an insurance company.

Which role is better?

One role isn’t better than the other for every single person.  It really depends on your own preferences.  If you enjoy project based work you’ll probably enjoy a pricing role more.  A valuation role would likely be preferable to someone that likes doing a lot of coding and making processes more efficient. 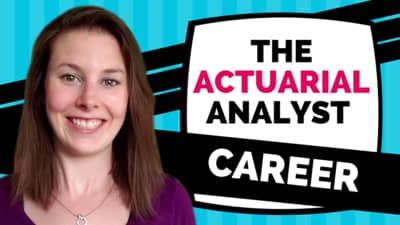 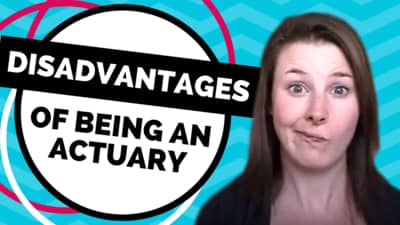 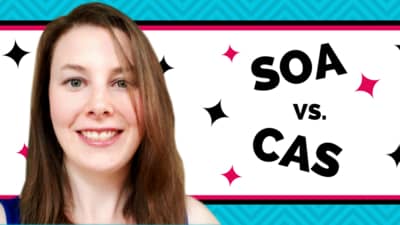 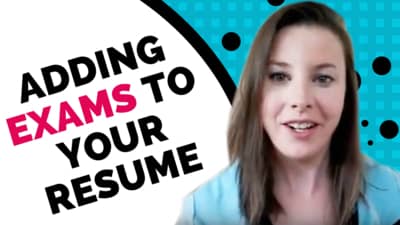 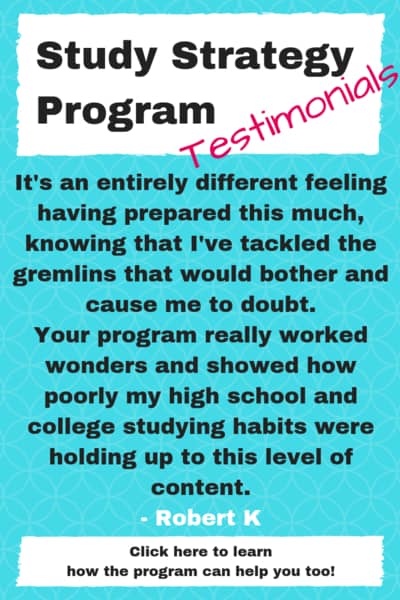